A guide to prints, posters and ephemera at The Huntington.

We're Here to Help:
Chat with a Librarian
Email or call the library for assistance with your research or to inquire about library services. 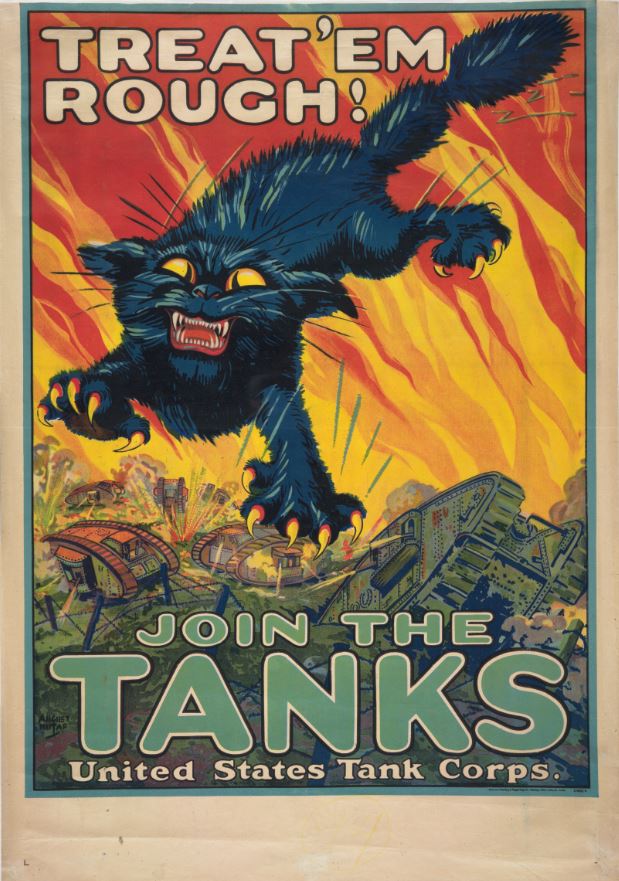 World War I Poster and Ephemera Collection, approximately 1914-1919
Holding approximately 700 World War I propaganda posters and related ephemera dating from approximately 1914 to 1919, the posters in this collection were created primarily for government and military agencies, as well as private charities such as the American Committee for Relief in the Near East. While primarily American, it also includes British and French posters and a few Austro-Hungarian/German, Canadian, Belgian, Dutch, Italian, Polish and Russian items. More than 200 different artists are represented in the collection including James Montgomery Flagg, Charles Dana Gibson and Edward Penfield in the United States; Francisque Poulbot in France and Alfred Roller in Austria-Hungary.
Call number: priWWI

Jay T. Last Collection of Military Prints and Ephemera, 1785-1966
With approximately 4,900 printed items from 1785 to 1966, the collection mainly includes prints and ephemera related to the American Civil War, both contemporaneous and commemorative. The American Revolutionary War, the Mexican-American War and the Spanish-American War are also represented. The images are primarily documentary or patriotic and provide information about the American military, as well as the evolution of advertising strategies employed by businesses during periods of conflict.
Call number: priJLC_MIL