A guide to The Huntington's Bridgewater library collection.

Looking Afresh at the Bridgewater Library, a Jewel in The Huntington Crown 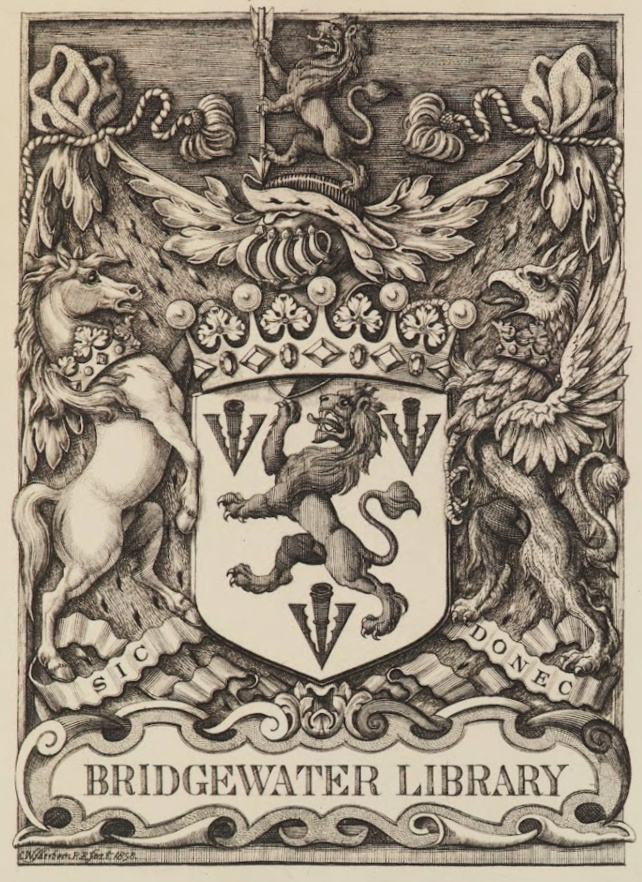 The Bridgewater family library and manuscripts comprise the core, if not the main bulk, of the Huntington's early English collections. When Henry Huntington acquired it en bloc in 1917 from the fourth Earl of Ellesmere, it was the oldest family library still in private hands. It contained 8,300 printed books of outstanding overall quality including three Caxtons, all four Shakespeare folios and many of the quartos and famous rarities of 16th- and 17th-century drama and verse. Added to this were roughly 13,000 manuscripts both literary and historical, including the crown jewel of the collection, the Ellesmere Chaucer. The richness and integrity of the library have made it an object of study in its own right.

Because of the great age and complicated history of the collection, several names may be used to refer to it. Its owners bore the surnames Egerton or Leveson-Gower, and their titles included the baronage and earldom of Ellesmere and the earldom and dukedom of Bridgewater. Thus it is that the printed books are referred to as the Bridgewater [House] library, while the manuscript portion is called the Ellesmere collection.

Some bits of the collection still exist outside the Huntington. At the time of the 1917 sale, the Egertons retained some 1,600 manuscripts of particular significance to the family. These are represented by facsimiles in the Ellesmere collection. Sales from the library in the 19th century released some books to the open market. Finally, Henry Huntington sold some Bridgewater books as "duplicates" in auction sales from 1918 to 1924.

The Huntington Library Catalog
The Bridgewater printed books at the Huntington are included in the library catalog. All English books with this provenance before 1701, and most of the Continental ones, can be located with a keyword search for "Bridgewater." Most records for 18th-century English books lack provenance notes and the online records do not necessarily identify them as Bridgewater.

The Egerton Family
A genealogical chart related to the Egerton family, owners of the Bridgewater library.

Collection History
For an overview of the collection's history, see Stephen Tabor's article The Bridgewater Library in "Dictionary of Literary Biography," (213), 40-50.

Books from the Bridgewater library may be paged to the Ahmanson Reading Room through Aeon. Learn how to request materials through Aeon.

A number of items from the Bridgewater library are available on the Huntington Digital Library.

Medieval Manuscripts
A guide to The Huntington's medieval manuscripts.