A guide to the Huntington's collection of extra-illustrated books. 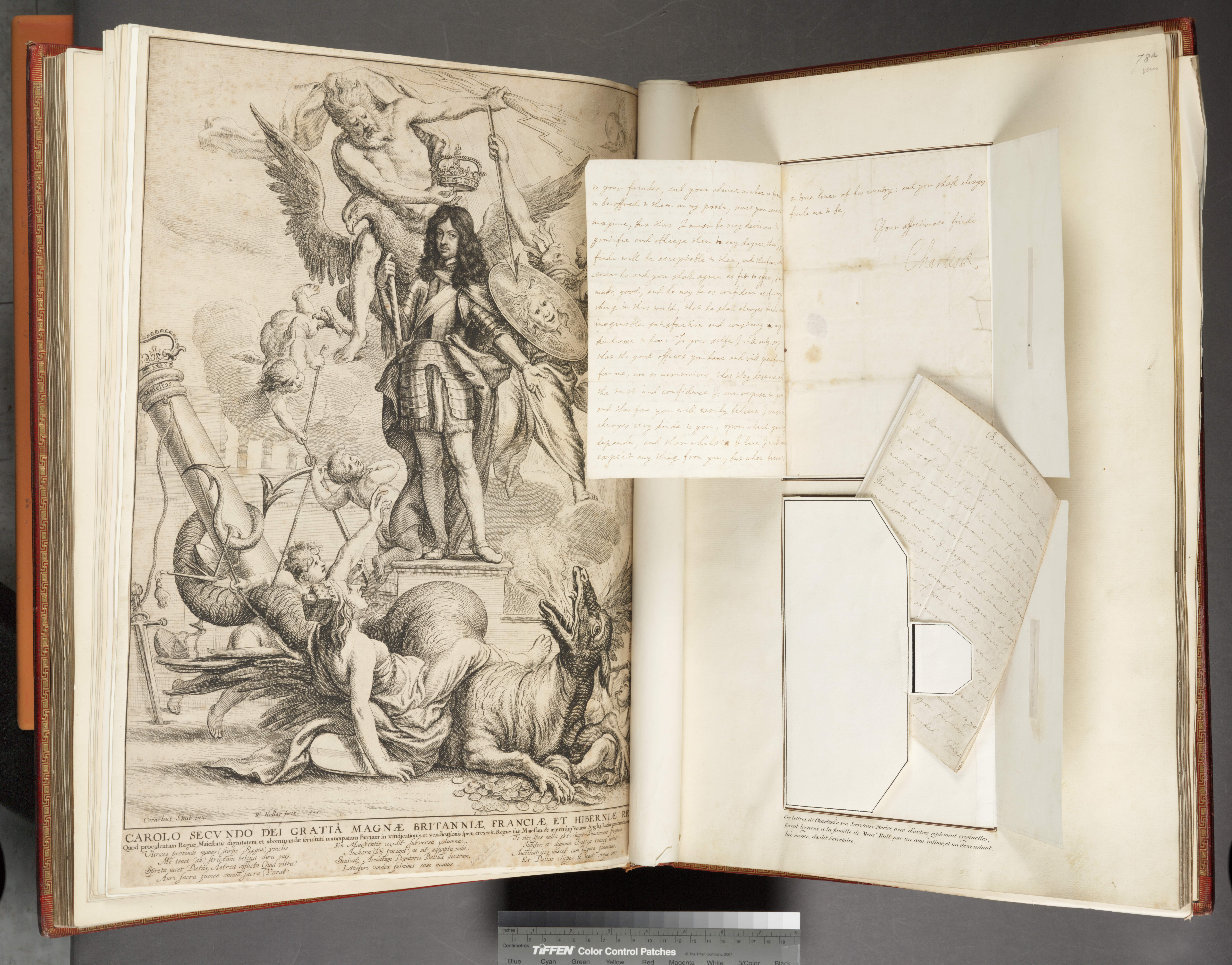 Extra-illustration, also called Grangerizing, refers to the practice of augmenting a copy of a book with prints, manuscripts or other illustrative material. The result is a unique creation reflecting the taste, diligence and means of the collector.

Extra-illustrated books provide rich and often surprising pictorial sources for their respective subjects. They differ from scrapbooks in that the themes of the material added by the collector are dictated by the texts that form their backbone. Examples can be traced to the early 15th-century (the Huntington Gutenberg Bible once had religious prints mounted inside its covers). The earliest examples, some of which were manuscripts, are Continental.

However, during the heyday of the practice – the period between 1770 and the Great Depression – most of the "illustrators," as they came to call themselves, were English or American. The 18th-century English illustrators usually started with collections of portrait prints, pairing them with historical works like Clarendon's "History of the Rebellion" or guides for print collectors like Granger's "Biographical History of England." As the fashion evolved, illustrators broadened their subjects to include theatre, topography, literature (especially Shakespeare and Dickens), American Founding Fathers, presidents and biographies of eminent worthies. Potentially any text served as a starting point.

Extra-illustrating a book usually involved mounting the new material, and often every leaf of the book, in paper frames of uniform size. The expanded work was then newly bound in the sumptuous style favored by collectors of the age. Because of the value of the contents and the price of inlaying and binding, it was an expensive hobby, and Grangerized books fetched high prices on the antiquarian book market.

Henry Huntington actively sought out extra-illustrated books, showing his belief that they held a rightful place in his collections. The library now contains upwards of a thousand examples of this genre – probably more than any other library in the world. Two noteworthy examples are:

The so-called "Kitto Bible," a 60-volume set comprising a veritable history of intaglio and woodcut religious art from the 15th to the 19th centuries.

A copy of James Granger's "Biographical History of England," expanded by Richard Bull and his family from four volumes quarto to 36 volumes large folio with thousands of portraits and other prints. This was the first true Grangerizing project, and one of the most impressive.

Though they are fascinating in their own right as evidence of the collecting culture and social networks associated with this strange hobby, the greatest value of extra-illustrated books for most researchers lies in their rare prints and other added material. They are a major visual and historical resource; more than 90 percent of intaglio prints at the Huntington reside not in the Art Museum, but in the library, between the covers of Grangerized books. Yet because of the immense labor required to catalog them in detail, their contents are still little known. A dip into one of these books can be like a treasure-dive in uncharted waters.

The following aids will be useful for locating the Huntington's extra-illustrated books and exploring their contents:

Early Printed Books (1501-1800)
A guide to The Huntington's collection of books printed in Britain and North America before 1801.